Crypto adoption continues to experience an uptick, given that users are currently at the 300 million mark. 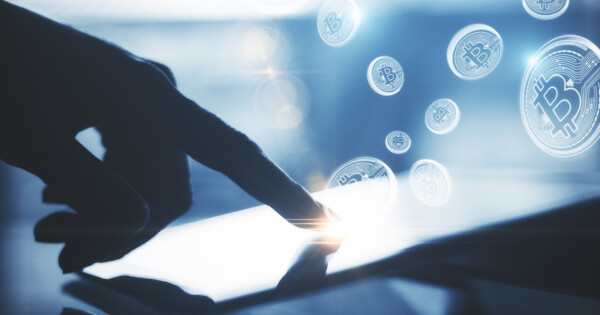 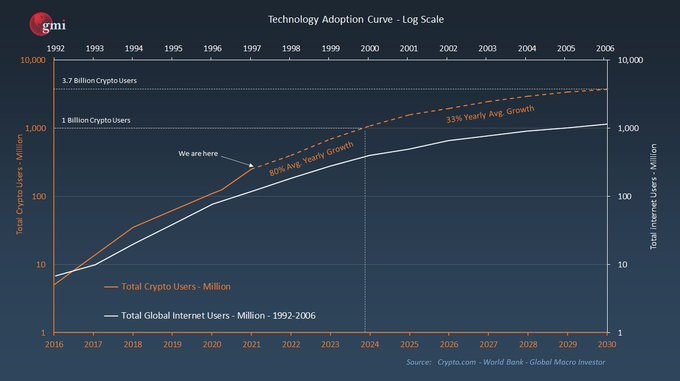 Therefore, more users are joining the crypto bandwagon, as evidenced by the fact that Bitcoin transaction volume recently went parabolic after an all-time high of $29 billion was reached.

“Crypto markets have taken off to kick off October. Price spikes for Bitcoin (back above $47k) and Ethereum (back above $3.2k) came immediately following crowd discussions related to shorting.” 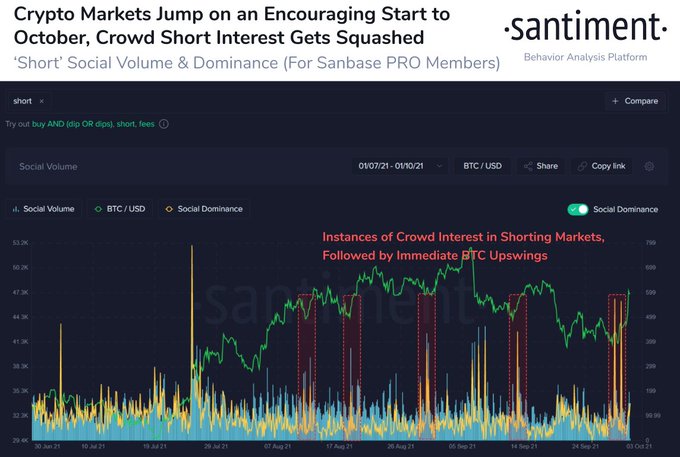 Meanwhile, a new survey from Nickel Digital Asset Management (Nickel), a European investment manager dedicating to the cryptocurrency industry, highlighted the increasing bullish stance of institutional investors in the ecosystem.

Therefore, it shows that the crypto market was becoming more mainstream in the institutional and wealth management sectors.

Illinois State is eyeing to become the next crypto hub in the United States after other crypto-friendly regions like Wyoming. This is founded by House Bill number 3968, a digital asset-focused proposal that would permit financial technology companies in the state to hold cryptocurrencies.

This legislation awaits a Senate vote in mid-October after the Illinois House passed it in April.

Ethereum’s Surge Above $2,700 for the First Time in 2 Months Causes Crowd Euphoria

Ethereum’s uptick above $2,700 not experienced in two months has made the crypto community excited. The second-largest cryptocurrency…
byderek26

Long-term holders (LTHs) have emerged to be significant players in the Bitcoin (BTC) ecosystem. For instance, they have…
byderek26

Bitcoin Pares off its Weekend Gains as Altcoin’s Growth Slows

Bitcoin (BTC) is currently falling by the biggest percentage amongst the top ten cryptocurrencies, paring off the gains…
byderek26

Large investors are continuously showing interest in having a share of the crypto sector cake. As a result,…
byderek26